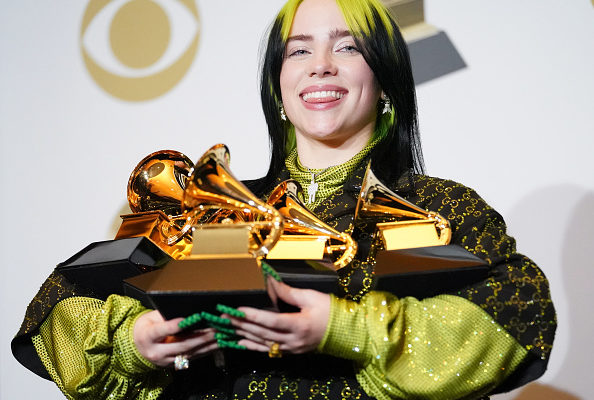 Billie Eilish made history at Sunday night’s Grammy Awards, becoming the youngest person to win the show’s four biggest awards: Album of the Year, Song of the Year, Record of the Year and Best New Artist, according to The Hollywood Reporter.

The 18-year-old Eilish also won Best Pop Vocal Album, ultimately winning five of the six categories she was nominated in. After winning for Song of the Year, “Bad Guy,” Eilish said, “I never thought this would happen in my whole life. I feel like I jump around at these things and I never take anything seriously, but I genuinely want to say that I’m so grateful and I’m honored to be here.” Lizzo also had a big night, picking up a win for Best Pop Solo Performance for “Truth Hurts,” plus two R&B awards.

After a 47-year wait, country singer Tanya Tucker won her first Grammys for Best Country Album and Best Country Song. “After 50 years in this business, and it’s still unbelievable to me that I still have a few firsts left,” she said. “After 14 trips, 14 nominations, this is the first win, and I can’t believe it.”

Other winners included Tyler, the Creator, who won Best Rap Album for Igor, posthumous win for Nipsey Hussle, and a win for former first lady Michelle Obama, who took home the prize for Best Spoken Word Album for Becoming.

Here are many of Sunday’s Grammy Winners (you can see the complete list at the link below):