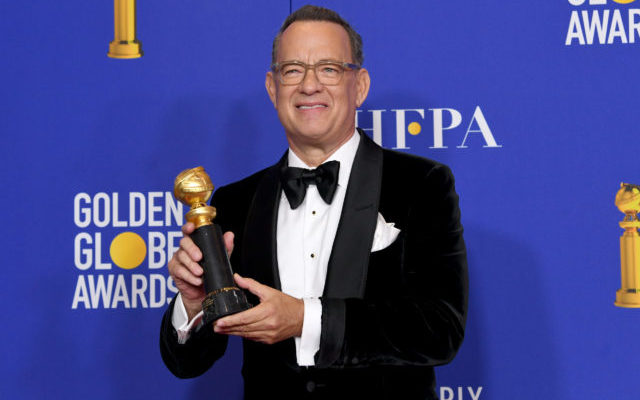 Ellen DeGeneres and Tom Hanks were both honored with special lifetime achievement awards at Sunday’s Golden Globes. DeGeneres became the second-ever recipient of the Carol Burnett Award–which was started last year when Burnett herself received the honor–while Hanks received the Cecil B. DeMille Award for “outstanding contributions to the world of entertainment,” CNN reports. Charlize Theron presented Hanks with his honor, and despite having a cold, Hanks was emotional and thankful. “Most of these people in this room I would pay to see get their car washed,” he said, before thanking wife Rita Wilson, his kids, and people he worked with throughout his career, from his Bosom Buddies co-stars to Meryl Streep and Denzel Washington.

DeGeneres was introduced by SNL star Kate McKinnon, who said, “I wouldn’t have had the guts to go on TV without her.” During her speech, DeGeneres said, “And I couldn’t have done it without my husband Mark. Mark, you are a rock.” The camera quickly cut to DeGeneres’ wife Portia de Rossi, laughing along with the rest of the audience. “Obviously you all know me or you wouldn’t have laughed at that,” DeGeneres said.