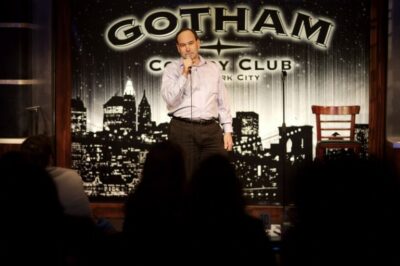 Jon Fisch has appeared on the Late Show with Stephen Colbert, and David Letterman. Shortly after moving to NYC he was chosen as one of Comedy Central’s Fresh Faces of Comedy.

Shaun Eli has rightfully been called one of America’s smartest comics. Whether it’s a story about dining with a vegetarian or successfully fighting a parking ticket, master storyteller Shaun Eli proves that there’s hilarity in the ordinary if you approach life with a comedic warp.

So, when your friends ask, “What do you want to do this weekend…A movie?” You can say, “No, I want to go to that comedy show at Louisa Arts Center!”