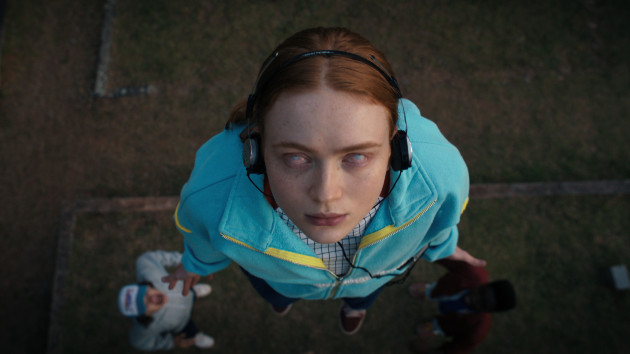 As the takes about the second volume of Stranger Things season 4 are pouring in, we finally have the most important review: the one from Kate Bush.

The English artist, whose 1985 song “Running Up That Hill” has been a huge, resurgent hit over the past month due to its placement in the first volume of season 4, has now revealed her thoughts on the final two episodes, which premiered Friday on Netflix.

“They’re just through the roof,” Bush writes in a spoiler-free post on her website. “I’d only seen the scenes that directly involved the use of [‘Running Up That Hill’] and so I didn’t know how the story would evolve or build.”

Bush adds that she was “so delighted” when Stranger Things creators, the Duffer Brothers, reached out about using “Running Up That Hill” as a “totem” for the character Max. But now that she’s finished the season, she feels “deeply honored that the song was chosen to become a part of their roller coaster journey.”

“I can’t imagine the amount of hard work that’s gone into making something on this scale,” she writes. “I am in awe. They’ve made something really spectacular.”

Since “Running Up That Hill” was first used in the Stranger Things episodes that premiered in May, the song has run up many, many charts, reaching the top five on the Billboard Hot 100 — a career first for Bush — and #1 on the U.K.’s Official Singles chart, where it’s stayed for three straight weeks.

The song’s resurgence led the normally press-shy Bush to issue several public statements and even give a rare interview.