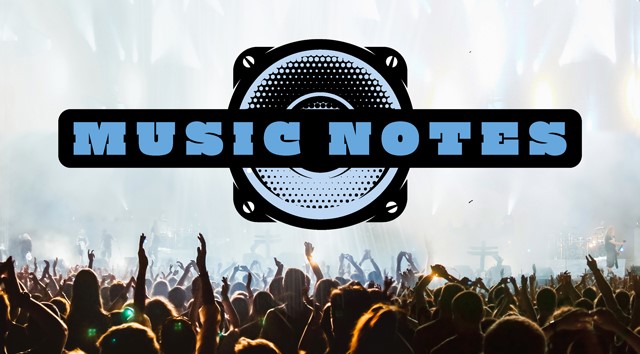 Adele has announced the lineup for her two shows on July 1 and 2 at London’s Hyde Park, and she predicts it’s going to “blow your socks off!” The all-female bill includes Kacey Musgraves; Gabrielle — who Adele says is “one of my favorite artists of all time — and “new artists that I’m obsessed with.” Those include Mahalia, Self Esteem, Nilüfer Yanya, Tiana Major9, Chrissi, Bonnie Kemplay, Ruti and Tamzene.

Don’t ever steal from Ed Sheeran because he might just stab you — if you take his new TikTok video seriously. He shared a clip of someone sneaking into his dressing room and snagging a cold one from his cooler before turning around to find Ed angrily posing with a knife. Ed joked he’s “always watching.”

Have you ever failed to recognize a celebrity in public? Leslie Jordan admitted to the Trailblazers Radio podcast he thought Lady Gaga was an extra when they starred in an episode of American Horror Story: Roanoke together. He admits he told her, “Nice to meet you. Welcome aboard” when they met — and he walked away. Oops!

The Kid LAROI‘s “Stay” and “Without You” weree among Australia’s top songs of 2021, according to The Music Network. “Without You” was number one, while “Stay” was the fourth-most popular song on Australian radio.

Selena Gomez has another Rare Beauty drop on the way, called “Use Kind Words.” She previewed a new lipstick color and shared a new makeup tutorial soundtracked to bestie Taylor Swift‘s “The Man.” The new line drops July 7.

Troye Sivan is the next U.S. ambassador of Yves Saint Laurent and will help promote its new “Nu Lip & Cheek Balmy Tint” offering. Troye, who will star in a series of beauty campaigns, said in a statement he’s happy to rep YSL because it’s a brand that “emboldens and inspires boundary-breaking edge, community and attitude.”